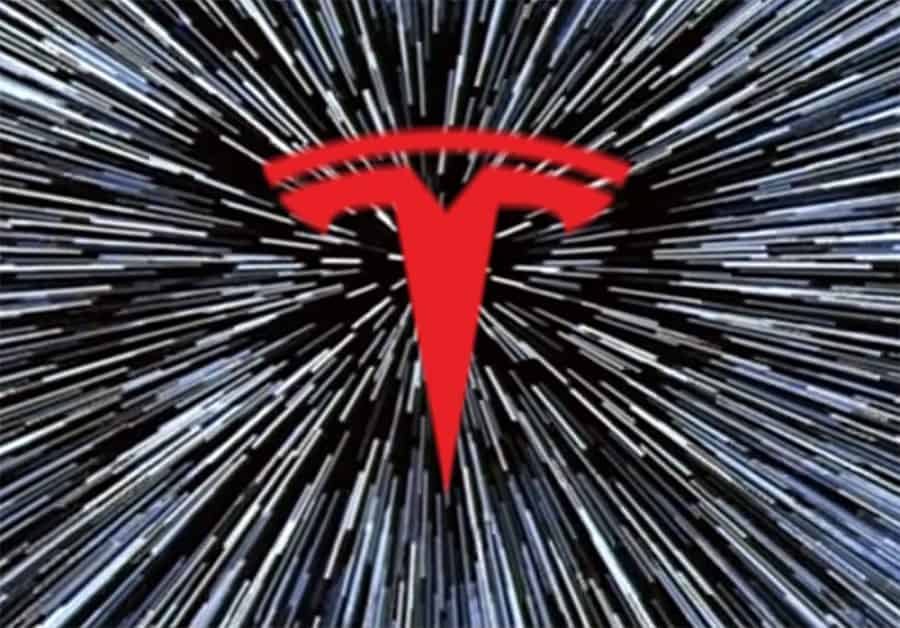 A unique feature of some Tesla model electric vehicles will allow you to gain substantial acceleration speeds. Tesla used the starship speeds from the movie Spaceballs for naming inspiration. Light Speed, Ridiculous Speed, Ludicrous Speed, and Plaid Speed were in the speed settings from the movie. Ludicrous, and soon Plaid have made it into the Tesla performance packages.

The Ludicrous package is an upgrade available on the Performance versions of both the Tesla Model S and Model X. Tesla has changed it’s availability over the years, including having it free on Performance models at one point.

Ludicrous Mode will allow your Tesla EV to accelerate to 60 MPH in less than three seconds. When Ludicrous Mode is activated on your Tesla, you will have the power of a roller coaster at your disposal. Tesla CEO Elon Musk has even declared that it is faster than falling.

This is exciting news for techies and thrill-seekers alike, but Ludicrous Mode is just the beginning. Tesla has pushed the envelope further, not once but twice. Read on to find out everything you need to know about Tesla’s next-level supercharged speed modes.

The genesis of Tesla’s speed boost mode began here. Ludicrous Mode was an exciting feature on Tesla’s already impressive series of electric vehicles. Ludicrous mode was first introduced on August 23, 2016, on the Model S P100D. This new feature boasted a 10% increase in acceleration from the standard Model S.

This speed boost also came with an increase in price, requiring customers to tack on an additional $10,000 to the pricey MSRP of their Tesla S P100D. The higher price seems to be worth it to many Tesla customers. Tesla has improved this feature twice since its inception. When compared to traditional internal-combustion engine vehicles, you can easily drop thousands of dollars to gain similar performance improvements.

Tesla has been seen as a power symbol by many people since its inception. Instant torque and quick acceleration are two by-products of the electric motors. The Ludicrous Speed Mode certainly adds to that level of prestige and impressiveness.

This performance increase does come at another cost though. Customers felt the first generation of Ludicrous enhanced wear and stress placed on the engine and battery. Newer models even inform the driver before entering Ludicrous Mode of the added wear to the battery, which can definitely be a drawback when considering whether or not to use this feature.

Tesla upped the ante next year in 2016 when they released the next level of Ludicrous speed that will get you from 0-60 in 2.4 seconds. These incredible speed boosts require a ton of energy and will place significantly more stress on your electric vehicle’s battery. The reason for this is the added heat from the battery’s optimization.

This mode will require your battery to heat up for optimization. The battery will heat up to nearly 122 degrees Fahrenheit. Along with this spike in temperature comes an increase in horsepower, around 35 more actually.

Ludicrous Plus Mode is valued at $20,000, but it comes standard on certain variants of the model S and X. This feature makes Tesla the producer of the fourth fastest production sedan on the market and the fastest electric vehicle on the market.

Ludicrous Plus with Warp Mode

This ultimate mode, or current ultimate mode, is the top of the line. When properly heated to the fully optimized temperature, Ludicrous Plus with Warp Mode can shave down a quarter-mile time to 10.5 from 10.6.

Clearly taking inspiration from Star Wars, the control panel will display a view from a starship in hyperdrive when Ludicrous Plus with Warp Mode is activated. Another fun feature is the warning that will appear to notify you of potential wear and tear.

If you opt-out of using Ludicrous speed and Warp mode, you will have to press the option on the screen that literally says, “No, I want my mommy.” Fans of the tech giant love the animations and comical messages the screen puts out.

At the moment, this is the apex of Ludicrous Speed, but if Tesla has shown the world anything, it is that they stop for no one. Perhaps there will soon be a new speed, but for now, there are three:

How Do You Use Ludicrous Plus with Warp Mode?

The biggest thing to remember here is that patience is a virtue. To unleash the ultimate power of Ludicrous Speed, you must allow the electric vehicle to warm up. Doing this will allow your electric vehicle to perform to the height of its potential. Follow these steps:

In this video, Eli Burton from My Tesla Adventure demonstrates the three modes of Ludicrous Mode.

Is Ludicrous Mode Bad for Your Car?

This feature is meant to be used sparingly. No one needs to be peeling out to 60 MPH at every red light turned green on their commute to work, for starters. Secondly, the added strain on the electric vehicle would most certainly result in catastrophic failures that may or may not be covered under warranty.

That is something many people are overlooking when it comes to this high-speed feature. Although the messages on the control screen are pretty funny, they are an assumption of risk on the operator of the vehicle. Tesla is not hiding this either. It explicitly warns of the added stress this will place on the vehicle.

Can I Add Ludicrous Speed to My Tesla?

For customers who opted to purchase their Performance Tesla Model S or X without Ludicrous speed, there is an option to have the electric vehicle upgraded via over-the-air-software update. Through the Tesla app, click on “Upgrades” and see if the upgrade is available for your Tesla.

Some Tesla customers give a word of caution to those who keep a cluttered car. As it is said, objects in rest tend to remain at rest. When you launch in the Ludicrous Speed Mode, your electric vehicle will lurch forward, but your coffee, sunglasses, change, etc., will fly to the rear of the car. Be mindful!

What’s the Only Thing Faster than Ludicrous? Plaid, and it’s Coming!

Tesla has already opened up orders for the refreshed Model S and X. The Model S will not only have the option for Plaid, but also Plaid+. The Plaid Model S is expected to go 0-60mph in 1.99 seconds. Plaid+ isn’t verified just yet, but has been listed as less than 1.99 seconds. The heavier Plaid Model X is listed at 0-60mph in 2.5 seconds.

Tesla’s superfast cars keep getting faster. Starting with Ludicrous Speed in 2015, Tesla never ceases to shoot incredibly high. This dedication to push the limits have resulted in their complete domination as the producer of the world’s fastest electric vehicles.

This top-of-the-line performance comes with a price, and many Tesla customers seem to be happy with the trade-offs. You may not have as many options compared to performance upgrades available for some gas-powered vehicles. When you start looking at the dollars and performance improvements though, Ludicrous (and even Plaid) may be a cheaper route. Certainly no wrench turning either.

Looking for more Tesla articles? Check out more of our Tesla posts. We also have an article with more information on the Tesla v10.2 software release.

Most cars come with some safety and protection, but as with all other conventional car features, Tesla went a step further to provide cutting edge protection. Although already enabled with several...

Many people purchase a Tesla in the hopes of reducing their carbon footprint. In reality, the energy that charges the electric vehicle is often generated by less than environmentally friendly fuels....