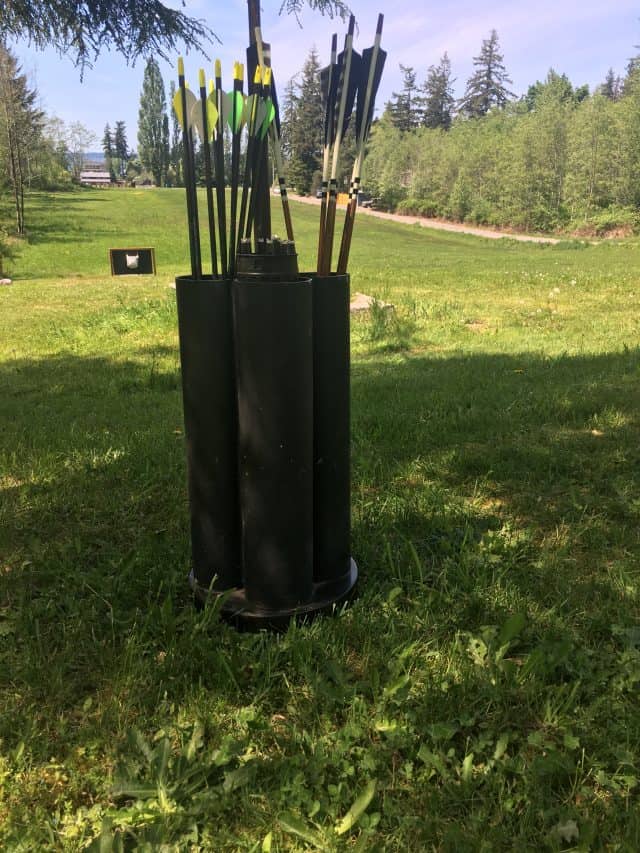 For this project, I made an arrow holder by re-using the base and carrying handle of a shoe holder. This was something my wife was ready to throw out and I quickly saw the potential for re-using several pieces.

This is an arrow holder project I made about 5 years ago, so I won’t have all step-by-step in progress shots for it unless I happen to come across some old photos.

Rather than having to put arrows back into the holster on my bow after each round, I had a piece of PVC mounted in the ground that was near one of my shooting locations. While this worked, it caused another area that needed to be weed-eated. Having it outside all the time would lead to bugs and debris getting inside, along with mud buildup during wetter seasons.

One day my uncle came over with my dad for some archery. He brought one of his impressive long bows, but also had a portable arrow holder he made out of wood. This quickly gave me the idea to come up with my own solution.

The only material I used for this was some leftover PVC pipe I had, spray paint, an adhesive, and some caulking. Of course, there was also the remaining pieces of the shoe rack. I just removed the “basket” areas and everything else was re-used.

This was a fairly quick project, these are the steps I used to build it.

How to Choose the Right Archery Target – Bow Types and… 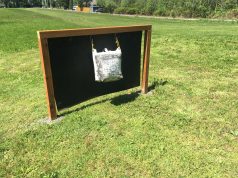 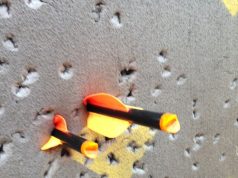 How to Choose the Right Archery Target – Bow Types and More

What Does an Electric Dragster Sound Like at 200mph?