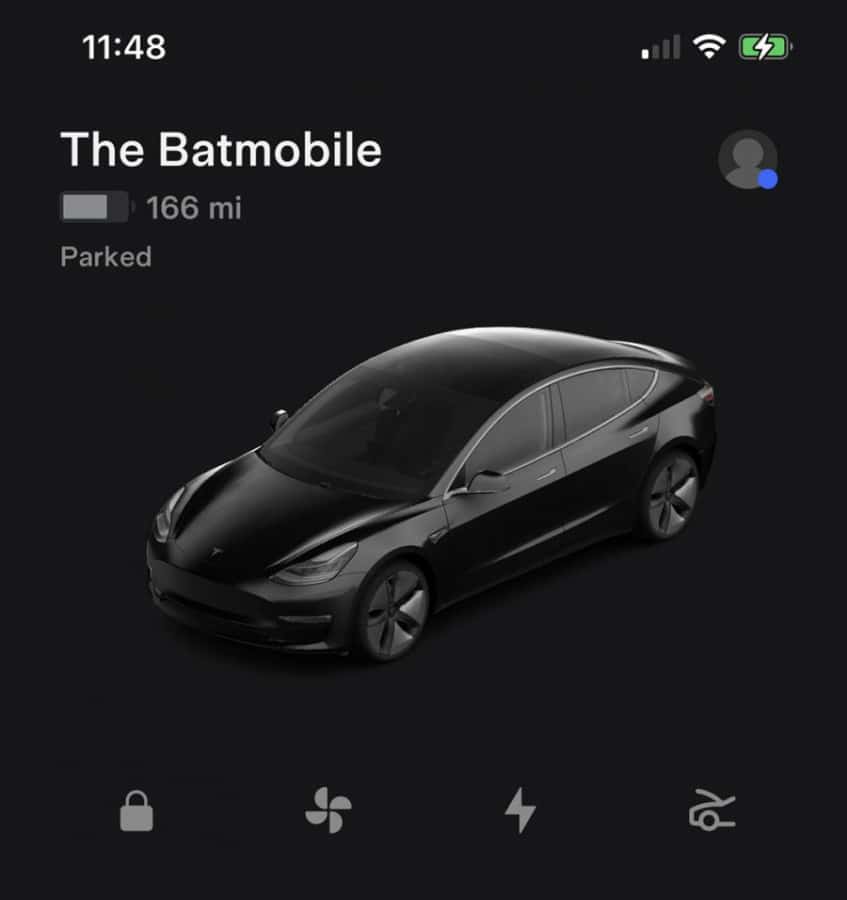 Most of us name personal property and belongings like our cars to make it ours. While that’s a normal thing, you really don’t have a way to officially designate a name to your vehicle, except if you paint that name somewhere on your car or get a personalized license plate. Tesla owners have it good, though, because they can officially name their car without having to pay.

To change the name of your Tesla car, you need to find the About Your Tesla page on your touchscreen then tap on the text in blue letters found on the opposite end. After doing so, a window will appear with an onscreen keypad that you can use to key in your car’s new name and save it.

Different models, however, have different ways of getting to that About Your Tesla screen. So, depending on the model you own and whether you have kept the software updated, the steps for naming and renaming your Tesla will differ. Learn how to change the name of your Tesla car by reading on.

I named my first car Phoenix. It was a beaten-up and rundown Toyota that was ten years past its prime. Phoenix seemed like the perfect name for it, as it was an inside joke between my friends and me when it broke down and then chugged into action after a while. It was also an encouragement to rise from the proverbial ashes.

But as good as that name was, we were the only ones who knew about it. After all, it’s not like they include it in the registration papers.

Tesla owners have it better because they can name their cars and have it reflected on the in-car touch display.

Naming or changing your Tesla’s name is easy, but the steps might differ depending on the model you drive. Generally, however, you will need to find the About Your Tesla interface to change your Tesla’s name.

In the Tesla Model 3 or Y, you can name your vehicle by touching the top center part of the Tesla’ T’. It will bring up the About Your Tesla interface, and all you need to do is tap “Model 3” or whatever the current name of your Tesla is. An on-screen keyboard will pop up, allowing you to type in the new name for your Tesla Model 3.

This video will demonstrate just how you do this:

If you don’t see the Tesla’ T’ on the touchscreen, it means that the system has upgraded to the latest firmware, and the latest software update got rid of the stylized ‘T’ icon at the top.

If this is the case, you should find the car icon main menu at the bottom-left part of the screen. After tapping that icon, look for the line called “software” and tap on that as well.

If you have a Tesla Model Y or Model X, you can follow the same steps as those used to change the name of a Tesla Model 3. In other words, start by pressing the ‘T’ or the car icon.

Once the About Your Tesla window comes out, tap on the name in blue letters to change the name of your car.

Changing the Name of Your Tesla Model S

For older models such as the Model S, you can rename your vehicle by first looking at the toolbar found at the bottom of the screen.

The bottom toolbar is always present, and the icon you’re interested in is the third one, called the Arrow button, that comes after the Car and Music icons.

Tapping the Arrow icon will open a submenu where you can check other functionalities such as opening up a web browser, checking your schedule, finding out the car’s energy consumption, and firing up the camera, entertainment options, and the Toybox.

You can change your Model S name by tapping the Name Your Vehicle (or whatever name is there) in blue letters from the About Your Tesla popup window.

This video will show you how to do just that:

Why Name Your Tesla, Anyway?

Naming vehicles is something that has been around for quite some time. According to this article, about 42 percent of car owners name the cars that they drive.

People have different reasons for naming their car, including giving it human-like attributes and expressing how valuable it is. It’s a practice that’s so popular that October 2 is now the National Name Your Car Day.

Over the years, we have some famous cars that we call by name, including Knight Rider’s KITT, the Batmobile, the Ghostbusters’ Ecto 1, Chitty Chitty Bang Bang, and Stephen King’s Christine, to name (pun not intended) a few.

Tesla merely made it official. From September 2014 onwards, Tesla pushed out an update that allowed owners to name their Model S. Whatever you name your car will show up on both the mobile app and the in-car touchscreen.

Do You Need to Name Your Tesla?

Apart from identifying your Tesla by the name that you chose for it, there are no practical reasons for why you should do this. Not naming your car won’t keep it from running, and it will still function the way it always does.

The good thing is that naming and renaming your Tesla is free, and it’s probably the easiest way to personalize your vehicle. By far, there are other customizations that you can do, but these can come with a hefty price. For instance, the upcoming Tesla Cybertruck has around three dozen pattern wraps. But opting for one will cost you more than $3,000.

Of course, there are aftermarket accessories that you can buy, such as this Mechcos Car Center Console Cubby Drawer, Hooyeah Metal Car Wheel Tire Valve Stem Caps Suit, Etopmia Non-Slip Performance Foot Pedal Pads, and this AUTAILORS 5-Seat Tesla Model Y Floor Mats. There are exterior and interior accessories for every Tesla model out there, and prices can range from around a few dollars to more than $1,000.

Well, if you’re a true Tesla fan, you might want to discover the many Easter eggs that you can unlock by renaming your car to some trigger that will activate these hidden gems. Some of the things you can try are:

Change the name of your Tesla to one of the following to activate the Easter egg:

If you do, this is what happens:

Change the name of your Tesla to 42. Instead of showing the number, it will be named “Life, the Universe, and Everything,” referring to the movie, The Hitchhiker’s Guide to the Galaxy.

This video shows you what happens:

Try it out for yourself. It’s also an excellent way to test if you have learned how to change your Tesla’s name.

Changing the name of your Tesla car is an excellent way to personalize it. It’s very easy to do, and you can name your car with a couple of taps on the in-car touch display. So go ahead, make your Tesla truly your own.

This post will be updated with additional information, but for now, here are some photos of a custom wood insert I created for a wooden door that had a broken glass insert. Rather than get a new (or...

Here's the latest edition to our electric family. I recently took delivery of our new, 52" EGO electric zero turn mower. The EGO is replacing our previous Ryobi zero turn mower which, like many...