In this video from Engineering Explained, the debate of carbon footprint of electric vehicles is visited. Are electrical vehicles worse for the environment?  There’s certainly several variables to consider, and it’s not necessarily a straight forward answer.

Carbon Footprint of Electric Vehicles and the Environment 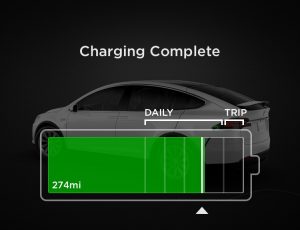 The myth of whether or electrical vehicles are worse for the environment than fossil fuel powered combustion engines has been an ongoing debate.  Some argue that the energy and emissions required to produce batteries far exceed their low emissions in vehicles compared to combustion vehicles.

Factors to consider include the production of the battery.  Mining for lithium has been considered bad for the environment.  Lithium-ion, being the most common battery type used in electric vehicles today is often at the center of the debate.

Do you live in a state that is powered primarily by coal, hydroelectricity, or another renewable source of energy?  What if you have solar power at your home or you’re connected to a grid which has solar?

What about once battery degradation drops below reasonable usability?  How much of the material can be recycled?  With mass produced electric vehicles less than a decade old, some more data likely needs to be analyzed.  The Nissan LEAF hit the market in 2011.  Tesla’s Model S was available in 2012.