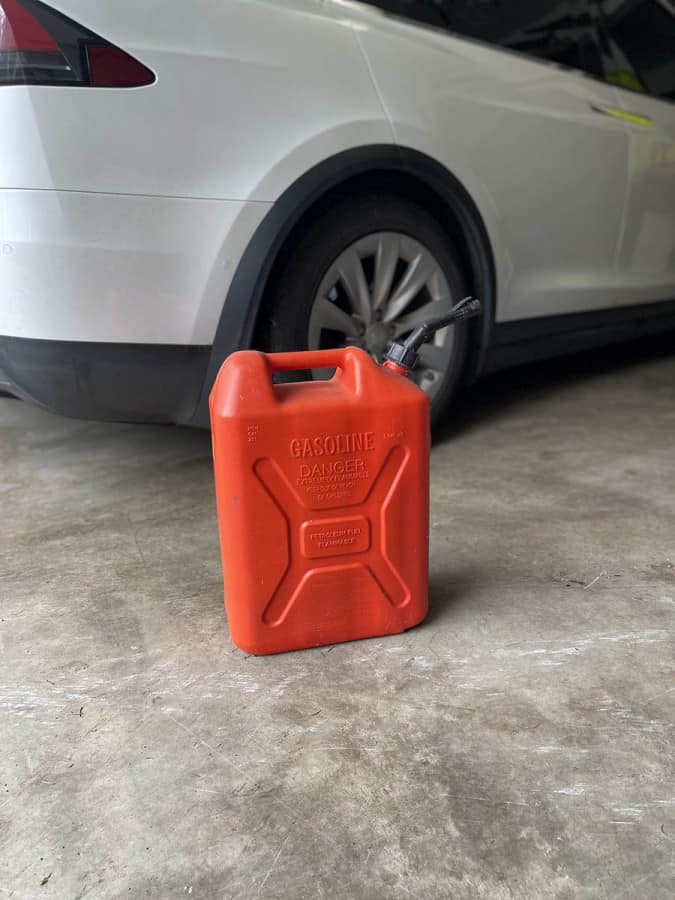 It can be overwhelming to review the car market these days. The endless list of choices between make and model is intimidating. But when you try to bring fuel efficiency and environmentally-friendly options into the equation, it can be downright confusing.

No, a Tesla does not run on gas. They are a fully electric vehicle. They are powered 100% by electricity stored in batteries that power electric motors.

Being environmentally conscious when looking at cars is admirable, but not necessarily easier. How do Tesla owners charge their vehicles? How convenient are the charging locations? What are the advantages of a Tesla? And, finally, what other options exist if a fully electric vehicle is not desired?

Tesla’s Use Batteries; Not Gasoline

Tesla had a clear goal when it launched in 2003 with Elon Musk at its helm. The intention of Tesla to quickly introduce electric cars in order to facilitate sustainable transportation. This is Tesla’s mission. Tesla’s entire focus is on electric, not gas-powered, vehicles. Therefore, all of Tesla’s fleet of vehicles run on electricity.

That means Tesla bet everything on their batteries. Their lithium-ion battery, using 6,831 individual cells, is charged using a 240-volt wall outlet. This 900 lb battery innovation is the size of a trunk and uses the same plug as a washing machine.

Tesla knew if they wanted to get people to stop pumping gas, they had to make their charging options equally as convenient. Without the common reliability of gas stations, where does one get the electricity for a Tesla?

Convenient charging locations are only the beginning! Each Tesla is equipped with a Trip Planner. Accessed through the touchscreen inside the Tesla, the Trip Planner seamlessly guides drivers to Supercharging locations. This is used to assure a Tesla will never be without a charge.

For the owner’s convenience, Tesla recommends a home charging installation. It’s far easier to plug in the car at night rather than find a charging station, with 30 minutes to spare, throughout the day.

A Tesla Wall Connector provides a full charge at home. Although a professional is required to install the charging station at home, the “set it and forget it” option is definitely attractive.

What Happens if You Do “Run Out of Gas?”

Regardless, accidents do happen. When a Tesla driver does run out of charge on the road, you might think they have limited options. However, you would be wrong.

With each new Tesla purchase, the owner is given a Mobile Connector. The Mobile Connector gives the option of using a standard 120-volt outlet to charge a Tesla at low speeds. In emergencies, this device could provide enough charge to get to a charging station.

Outside of that, a Tesla without power simply needs to call Tesla Roadside Assistance or a tow truck to be transported to the next charging station. However, whereas needing a tow truck for a gas vehicle likely means a significant issue and a long wait, Tesla owners simply need a charge.

How Long Does It Take To Charge A Tesla?

The method of charging is the main factor in determining how long it might take to charge a Tesla.

The Range Of A Tesla

Undeniably, one of the largest advantages of a Tesla is the range provided by a fully charged vehicle. Tesla is continuously working on improvements, but conservative numbers suggest a Tesla can go as far as 370 miles on a single charge.

For comparison, the average miles per tank of gas depends, of course, on the size of the tank and fuel efficiency. The larger the tank of gas, or effectiveness of fuel efficiency, the farther the vehicle is capable of going. However, many gasoline cars have a top range of 300 to 400 miles.

Clearly, when comparing the two, Tesla owners are not sacrificing power or distance when moving away from gasoline engines.

The Advantages of a Tesla

No doubt, Tesla has made an impact on the world. CEO Musk, himself, is a notable figure on the global stage. But beyond the glitzy facade, what are the advantages of a Tesla?

They offer a reduced carbon footprint. Moving away from fuel-dependency is good for the consumer, the car, and the planet. As climate change and carbon emissions become a growing and more dire concern, the sustainable, and clean, energy offered by electric vehicles is valuable.

They offer extremely convenient charging locations. While the idea of charging instead of fueling may seem dicey. The fact is that gas stations do not offer boutique gas pumps at destinations and at home. Most gasoline vehicles do not offer concierge refueling at your favorite restaurant.

There are tax incentives for going electric. Although the message is fuzzy, overall the US government is positive on electric or hybrid vehicle ownership. To encourage exploration into sustainable and clean energy, the government offers both federal and state tax incentives.

For those seeking a car that makes an effort to help the climate, while still enjoying the known convenience of gas stations, hybrid vehicles may be the ideal option.

Hybrid vehicles are equipped with both the traditional gasoline engine, as well as a battery-powered motor. Using these two systems, the car makes calculations about the best power method at each given moment to create the best fuel economy.

There are three different versions of a hybrid vehicle. Each uses a different balance between the gas and electric components.

No, Tesla vehicles do not use gasoline. Tesla vehicles are fully electric. But, that was precisely what its founders intended. They wanted to make owning an electic car easier and a much better experience.

link to Can Tesla Cars Tow Trailers? The Facts Explained

In the United States, around $18 billion worth of recreational vehicles are sold in any given year. A fifth of that are trailers. With the growing popularity of Tesla’s electric cars, many people...

Continue Reading
link to What Happens if Your Tesla Runs out of Battery?

A frequent question perspective buyers (and owners) likely have around electric vehicle ownership is what happens if your vehicle runs out of charge. Clearly it's best not to allow your Tesla to...