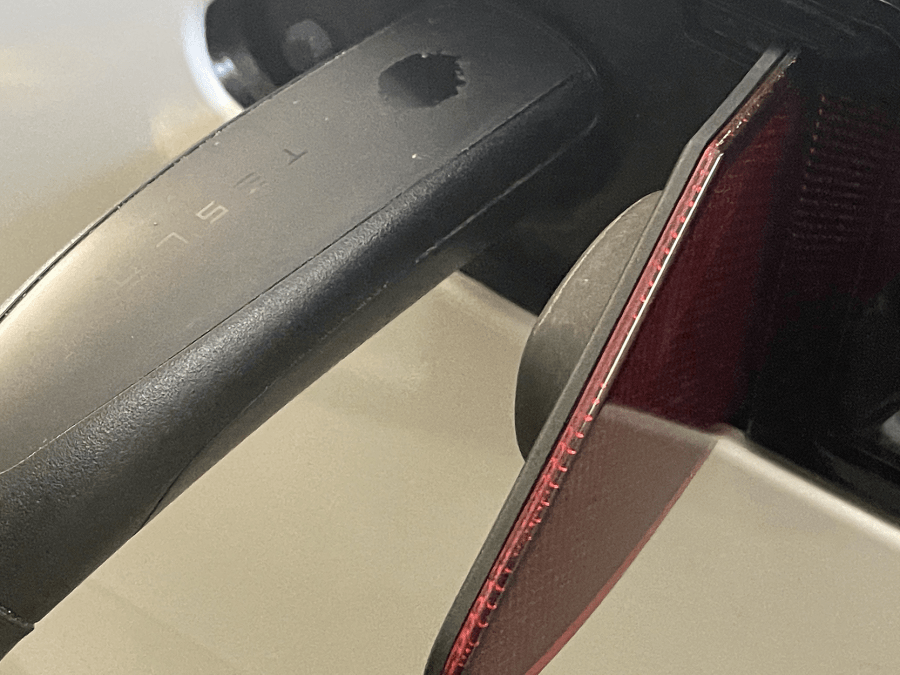 Tesla’s electric cars are well-known for their reliance on technology. From their minimalistic touchscreen center consoles to their advanced safety and security features, Tesla vehicles are game-changers in the EV industry. For a first time electric vehicle owner, a Tesla charger may be foreign for new drivers and prospective buyers.

To remove a Tesla charger, first ensure the charge port is unlocked. Simply having your key card or fob with you also work. You can unlock the charge port via the Quick Controls on the touchscreen. Press and hold the charge connector button, and wait for the LED to turn white before removing the charger. You can also unplug the charger manually through the release cable located in the trunk, though this should be a last resort.

If you’re concerned about charging your Tesla or how to remove a charger from the car, then you couldn’t be in a better place. Read on as we break down several ways to remove your charger, even when it gets stuck.

You can only remove the connector if your chargerport is unlocked because the connector is designed to lock when the car is plugged in and charging. This prevents a random person from walking up to your Tesla and unplugging it.

Once your car is unlocked (or with your key fob or key card nearby), the next step is to press and hold the button on the connector for two to three seconds. The LED on the charge port should turn white to indicate that the connector is safe for unplugging.

The charge port can also be unlocked through the touchscreen in the quick controls menu:

Tesla’s have a manual release cable. Be sure to follow the instructions in the owner manual for your specific model as these steps and precautions may be updated. The release cable is located in the rear trunk area on the driver side. These are the current steps listed in the Model X Owner’s Manual.

If the usual methods for releasing a charge cable from
the charge port (using the charge handle release button,
touchscreen, or mobile app) do not work, carefully
follow these steps:

When To Be Cautious

Another precaution given by Tesla is to refrain from manually releasing the charger cable when the car is charging. Removing the cable when the vehicle is charging can lead to electric shock and serious car damage.

If the vehicle is still charging, stop charging via the touchscreen.

What if My Charge Connector Is Stuck and the Charge Port Color Is Yellow?

Your charger connector is likely to get stuck when incorrectly positioned in the charge port. In such situations, the charge port color will be yellow, an indication of incorrect connector positioning. Pressing the button on the connector will only make the situation harder and more confusing for you.

Going through your owner’s manual is integral to safe and efficient Tesla charging. You should understand what the LED lights mean and how to navigate past the various colors. Below is a brief explanation of what some LED lights mean when charging a Tesla Model 3.

Charge port LED colors can change depending on the model you’re using. However, these are standard LED colors associated with most Tesla releases. But to be on the safe side, always consult with your owner’s manual to ensure you understand exactly what each color or blink means.

Removing a Tesla charger from the car isn’t rocket science. But without following the right procedures, the process can prove daunting, especially for new owners.

Use your key fob, key card, or mobile app to unlock the car before pressing the button on the connector. Luckily, you can also opt to remove the connector manually by pulling the release cable located in the trunk. Always check on the charge port color to know whether the connector is firmly in place.

Tesla electric vehicles are known for their lower carbon footprint and reduced fuel expenses. Besides getting the most out of the advanced tech featured in these vehicles, Tesla owners also enjoy not...

If you are lucky enough to live in a part of the world that experiences all four seasons, you know how tumultuous winter driving can be. From the slippery snow to freezing car seats, to poor...