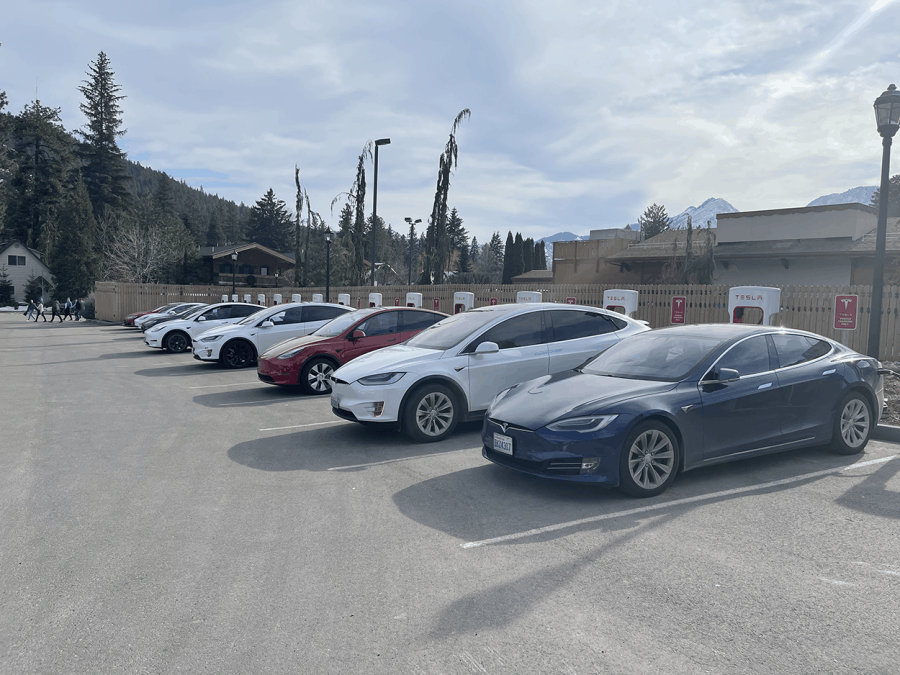 Tesla has taken the world by storm upon its shift into the automobile industry. The company has coasted on growing global interest in sustainability, something that has catapulted the brand into the forefront of car-seekers’ minds the world over. One of the key attributes that draws consumers to Tesla is the company’s eco-consciousness.

Tesla cars help the environment by saving incredible amounts of carbon emissions (currently at 3,649,226 and counting), recycling their lithium-ion batteries in partnership with Umicore, and relying on electric power, instead of petrol.

Despite all these accolades, Tesla is, by no means, a perfect company. After all, any manmade vehicles and similar products still inevitably contribute to environmental harm. When considering how Tesla helps the environment, you should also pursue a realistic understanding of its drawbacks. To do so, consider the data and facts discussed below.

Is Tesla Better for the Environment?

The manufacturing and selling of cars are often reduced down to the final product. Consumers often think about what the vehicle itself consumes directly (or, rather, what it doesn’t consume) without considering the energy it took to produce the car to begin with.

If Tesla were to be objectively better for the environment, the corporation would have to exercise dramatically different shipping and manufacturing procedures. According to conflict and sustainability researcher, John Katsos, you have to remember that even the production of electric cars is powered by “oil, gas, and coal.”

Still, with all this said, Tesla does still uphold environmentally-friendly practices when compared with their industry counterparts. Here are a few examples of how this company uniquely stands out when compared to gas-powered models.

Experts once referred to the Tesla Model 3 as the usher that brought in “the beginning of the end of the internal combustion era.” As one of the leading electric cars on the market, its innovative design has formed the foundation of the cutting-edge of sustainable personal travel. (Source: State of the Planet)

Tesla vehicles are still markedly better for sustainability than the average petrol vehicle. Additionally, since the batteries are U.S.-made, their emissions are lowered even further. There’s no shipping batteries on a cargo ship from over-seas.

Though it may seem that some Tesla consumers base their love for American-made vehicles in a sense of nationalism, there is actually a good, objective reason to prefer U.S.-sourced vehicles over others. Many experts know that electric vehicle manufacturers can produce higher emissions than those who make standard petrol cars due to inefficient practices.

Yet, studies have shown that American-made vehicles emit significantly lower levels of harmful gases. In fact, industry specialists assert that, if foreign vehicle makers were to transition into the use of manufacturing protocols similar to those of the United States or Europe, they could cut up to 66% of their emissions. (Source: Forbes)

It’s no secret that the production of vehicles, electric or petrol, takes energy. Yet, the key difference between the two is the car’s ability to off-set the emissions later in its lifespan.

For example, consider these details for a better understanding of what separates Teslas (and other electric cars) from standard gas-powered models (Source: Visual Capitalist; U.S. Department of Energy; Business Insider):

Experts also report that the average EV lasts significantly longer than a given gas-powered vehicle. So, once the latter has been driven down to its last mile, the former will continue functioning, officially beginning to off-set the manufacturing emissions at about 19,000 miles, when it can officially take the title, “zero emissions.”

As technology continues to develop with the aim of combating the coming wave of climate change-induced environmental degradation, one product that remains on the innovative edge is the electric vehicle. Most people, consumers and manufacturers alike – believe these cars to be a solid hope for reducing greenhouse gas emissions (GHG) and lowering fuel consumption.

Yet, do these perspectives hold any merit? To an extent, yes. EVs are widely regarded as a crucial tool in improving modern societies’ ability to maintain environmental health. They are excellent for the mitigation of carbon emissions and limiting global temperatures to 2°C or 1.5°C. However, they do have drawbacks.

The most notable disadvantage is the very attribute that enables these vehicles to so drastically reduce their fuel consumption: the battery. Most consumers rarely consider the fact that the vehicle manufacturing process requires energy. From the body’s hardware down to the very battery that powers its central sustainable marketing point.

According to the Carbon Brief, there is no hard-and-fast rule on how much more sustainable EVs are relative to others. How much energy and fuel the car consumes depends heavily on the environment, driving conditions and patterns, methods of electric emissions calculations, and more. In summary, EVs still contribute to emissions, just not as much as gas-powered cars. (Source: Carbon Brief)

With the 550,000 Tesla vehicles sold since the company began, they’ve cumulatively traveled over 10 billion miles. Despite this vast number of miles traveled by all Teslas thus far, they’ve saved more than four million metric tons of carbon dioxide, according to the corporation’s 2019 report.

This is the equivalent of removing 500,000 internal combustion engine (ICE) vehicles from the road, specifically those with an average of 22 MPG. In addition to the reduced emissions, Tesla vehicles also save immensely on the amount of fuel consumed.

The company eliminated the need for over 75 million gallons of gasoline through 2019 alone. Per Internal Combustion Engine (ICE) vehicle, this amounts to approximately 290,000 drives between New York City and Los Angeles, round-trip.

With all these factors considered, it’s no wonder why Tesla is so deeply appreciated for their contributions to environmental sustainability. Since its birth in 2003, the corporation has asserted that its central purpose is to quell the growing threat of climate change. With each vehicle sold, each engineer, scientist, and every staff in-between, Tesla continues to work toward that goal tirelessly. (Source: Tesla)

How Does Tesla Reduce Pollution?

Some of the primary ways Tesla reduces emissions have been explained in-depth thus far. However, by taking a deeper look into the average emissions per vehicle type, you’ll see just how substantial their environmental impact (or lack thereof) is:

*As of 2018, California was home to the most drivers in the country with more than 27,039,000 registered motorists. The second state, Texas, trailed behind by just shy of 10,000,000. The extreme amount of driving that goes on within this state’s borders presents a good opportunity for comparing the different vehicles’ carbon footprints. (Source: Statista)

Even with all these environmental benefits, Tesla cars are not this company’s sole tools for improving sustainability. Back in 2016, Tesla bought SolarCity, a closely affiliated company that produced solar panels. In addition to the solar panels, the corp now produces solar roof tiles and battery storage with the ultimate goal of “[avoiding] building electricity plants at all.” (Source: Harvard Business School). Tesla has positioned themselves to be able to setup micro-grids in certain areas at some point in the future.

What is the Carbon Footprint of a Tesla?

As you’ve seen thus far, it’s tough to accurately measure an EV’s carbon footprint. There are many variables to examine. You must consider where and how the car is being driven, its lifespan, what type of EV it is, the manufacturing process, and more. Though Tesla has begun publishing annual impact reports, these documents offer a very broad perspective on their products’ environmental impact.

For instance, in the context of all the data presented thus far, consider that Tesla’s electric vehicles still draw from the following energy sources:

Still, you can’t overlook the fact that they do pull from eco-friendly sources as well, such as wind, solar, and hydropower. With all this considered, the most direct answer to inquiries about Tesla’s carbon footprint is published on their website, which, at present, is slowly ticking up from 3,649,226 tons of CO₂ saved. (Source: Tesla)

How Does Tesla Curb Their Carbon Emissions?

Like all existing vehicle manufacturers, Tesla has not yet figured out a way to completely sever itself from traditional production methods. As mentioned above, their famous batteries add about 15% more carbon emissions on top of the industry average. However, Tesla still does its part to mitigate the effects.

Umicore, a global tech recycling group focused on the reduction of Greenhouse Gas (GHG) emissions and EV innovation, works alongside Tesla to recycle the batteries that so infamously inflate the company’s carbon footprint. By doing so, they effectively recover about 70% of their emitted carbon. (Source: Forbes)

They accomplish this by avoiding the standard mechanical separation process and enabling the creation of products and by-products instead. Below is a direct comparison of the two processes:

Why Are Teslas Bad for the Environment?

When looking at all the evidence presented here, it’s clear that Teslas are indisputably better for the environment than the average petrol vehicle. Although their manufacturing could improve, specifically in lithium-ion battery production, the vehicle’s lifespan and functionality, plus the Umicore battery recycling program, do wonders for the green movement.

However, just like almost any manmade technology, Tesla does have some drawbacks concerning the environment’s health. Take a closer look at their Impact Report. Although the company has indeed taken great strides in improving the auto industry’s eco-friendliness, it is clear that they need to work on (Source: The Drive):

Although Tesla is renowned for remaining on the cutting edge of clean energy automobile production, the company clearly has some production logistics to straighten out. No matter how much carbon they save with their electric vehicles, it’s all for nothing if the manufacturing plants continue to dump nitrogen oxides and hazardous waste into the environment.

Should You Get a Tesla?

By now, you’re probably weighing the idea of whether your next vehicle should be a Tesla or not. This is a challenging decision to make, especially after being presented with all the data discussed here. Although they are objectively better for the environment than gas-powered alternatives, electric vehicles are a double-edged sword, admittedly.

You can’t sever yourself from contributing to environmental degradation entirely. However, with a Tesla car, you can do your part to reduce the amount of carbon, and other GHG’s pumped into the atmosphere while still going about your daily life.

If you’re still stuck on whether you want to bring a Tesla into your life or not, here are a few pros and cons to consider (Source: Strictly Tesla):

Teslas are indisputably wonderful for the environment. They represent the cutting edge of the automobile industry’s future in sustainability, and the fantasy of eco-friendly, (almost) zero-emission travel come to life. Because of their independence from petroleum, Tesla vehicles do not emit nearly the amount of carbon and other GHGs that other cars do.

Their manufacturing process and general practices could still use some improvement. Despite its drawbacks, the Tesla company represents a great hope for the auto industry and leads to environmentally-focused innovation.

link to How To Remove a Tesla Charger From the Car

Tesla's electric cars are well-known for their reliance on technology. From their minimalistic touchscreen center consoles to their advanced safety and security features, Tesla vehicles are...

Tesla electric vehicles are known for their lower carbon footprint and reduced fuel expenses. Besides getting the most out of the advanced tech featured in these vehicles, Tesla owners also enjoy not...